“My memories of my Tata (Grandfather in Tamil) were ones of him being a strong-willed man. As he was ageing, we did not know much about dementia back then and just thought he was getting old.” Dishen Kumar, Host of Health Matters on Astro Awani, Malaysia, shares his story and beautiful memories of his Tata.

My Tata, Mr Packiry Pillai was born in the beautiful small town of Ipoh in 1916. He was a hockey player in Ipoh, Malaysia and was known to hit players with a hockey stick and not the ball. Those were his younger days, he was quite naughty back then. He came from a middle-class family and went on to work for Jabatan Kerja Raya, the roadworks department. He married quite late and had four children.

My memories of Tata were ones of him being a strong-willed man, what we would say is a “man’s man”. A loving father who would walk 10 miles to buy food for his daughter and console her when she was at her lowest point. He wasn’t good at showing emotions but showed love in ways only he knew how to.

Tata was always around since I was 1 years old. He had a strict routine where he’d wake up early in the morning, have his breakfast and spend the rest of the morning doing small errands or spending time with his friends.

The first time we thought something wasn’t right

In 2004, when Tata was 88 years old, we had quite a scare. Tata woke up and went about his usual routine, only this morning he didn’t return home. A man had seen Tata looking lost near Giant supermarket and asked if he needed a ride home, to which Tata replied he couldn’t remember how to get home. The stranger offered to give Tata a ride home and tried mapping together the pieces of where Tata might be living.

During the ride, Tata felt a bit embarrassed and asked to be dropped off midway. Lucky for us, it was very close to our housing area. The security guard spotted Tata and brought him home. We used to remind Tata not to go too far as we were worried about his safety as he was getting old. So naturally, when he got home, he got abit of a scolding.

He got very confused and scared after this incident, he knew something was wrong but wasn’t sure what exactly. Afraid he was going to lose his way again, he stopped leaving the house entirely.

Losing a loved one and the progression of symptoms

With him being at home for long periods of time, he started losing mobility and forgetting simple tasks, though he still enjoyed having conversations. But soon…the hallucinations started. There were several times when we would see him talking to someone in an empty room.

I remember one evening in particular. He was talking in his sleep saying he was scared as he didn’t know where he was and he didn’t even recognise me. I held his hand for hours, and every ten minutes he would ask me “Who are you?” I repeatedly assured him “I am your grandson, I am 23 years old. You are now in your daughter’s house in Johor Bahru and everything is okay. Go back to sleep.”

“I remember one evening in particular. He was talking in his sleep saying he was scared as he didn’t know where he was and he didn’t even recognize me.”

Wishing we knew more back then

My mother used to take Tata for regular check ups. By the time he was diagnosed with Alzheimer, it was too late. The doctors said there wasn’t much they could do and within 10 years, we lost Tata. He was the strongest person I knew, both emotionally and mentally. He gave me the best advice of my life. I remember him always telling me to do what I felt was right for myself.

We felt we could have done better in supporting his mental health. No one advised us on how to care for him emotionally, they only told us which medication to give him and sent us home with him. There was no manual or guidance on how to handle this. Looking back, we could have conversations like “Tata, we know something isn’t right and it isn’t your fault. We are here for you and we will work together to beat it”. I just wish we could have done more.

“ I just wished we knew more, and had open discussions with each other. Just like a physical health check up, it would be good to have an annual mental check up for early detection.”

It was tough seeing a strong-willed man lose his confidence and become afraid. It was even more heartbreaking when he stopped talking. I just wished we knew more and had open discussions with each other. Just like a physical health check-up, it would be good to have an annual cognitive check-up for early detection.

Based in Malaysia and have a story to share? Reach out to us here or click on the Messenger icon on the bottom right side to connect with us via Facebook.

Learning to Live Well with Dementia 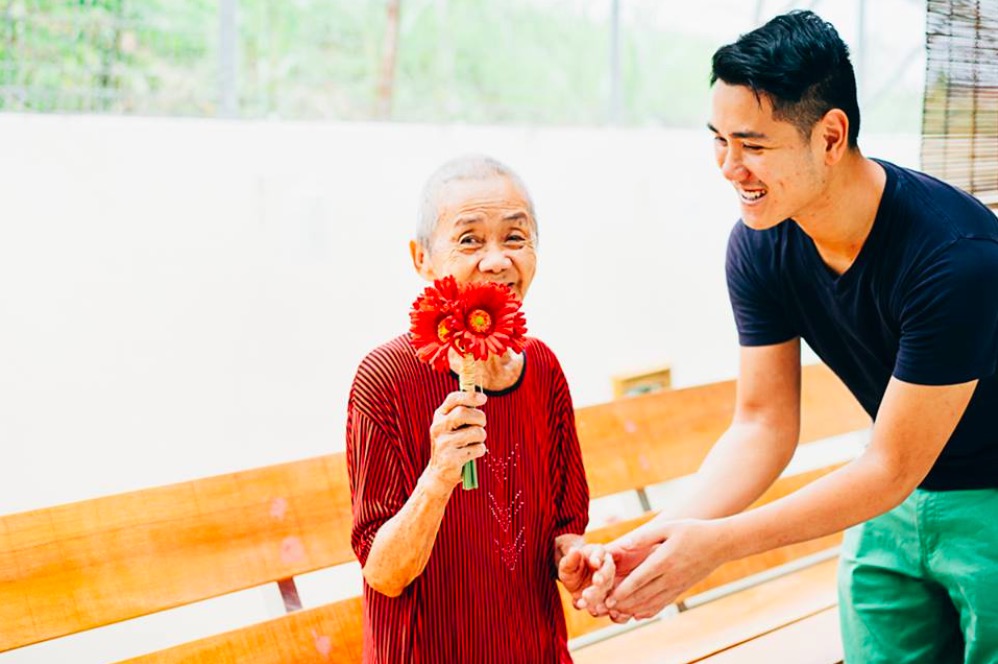 She’s Family You Know? And You Never Give Up on Family